Initially, it was an Easter Egg only released for PewDiePie, but was later released for everyone who had the mod. To find it, after breaking the brick wall to reach the yellow doors, you must run straight and jump while pressing the action button to open the door in the ceiling. You'll enter a room in which you'll find a morphine syringe and the Stephano figurine on a table. If the players touches it, Simon will say "Stephano? What the fuck PewDiePie!" then the wall in front of him will collapse, revealing a Handcrab (an enemy from Afraid of Monsters which behaves exactly like a Headcrab from Half-Life) on another table which will immediately attack the player. The Handcrab is nicknamed "Ruben" by PewDiePie in his Afraid of Monsters Playthrough videos, which is (probably and highly likely) the reason of the Handcrab's appearance for PewDiePie.

This Easter egg is available since Patch 1.2 or later version excluding 1.6. Since version 1.6 (standalone release), this Easter egg has been completely deleted.

This Easter egg can be found in the Subway station. if you pay attention to some of the advertisement in there, you'll see that some of them contain the message "Don't continue playing, it can be dangerous". Though the letters might be a little unreadable, the message of this Easter Egg is quite obvious.

After finishing the game once with the 4th ending, the player unlocks a secret package that must be used in the mailbox near the Harbor College. When you reach Simon's house, instead of going to Simon's room and finding his book, Simon will find the secret package delivered to his door. The package contains the pills that David Leatherhoff, the protagonist of Afraid of Monsters, was addicted to. Simon takes the pills off-screen and is sent to a remake of the first area of Afraid of Monsters. In here, the player can find the 10-digit-code door. The same code that was used in AoM to unlock this door must be used to unlock it here. Doing so will allow players to obtain David Leatherhoff's Axe.

This Easter egg was added in the new co-op campaign Manhunt. SubYow is a service in the subway part of the campaign. It is based on the :yow: smiley from the Cry of Fear forums, and is a parody of the popular American fast food restaurant franchise Subway.

This Easter egg was added in the coop campaign Manhunt, located in the map before reaching Purnell's house. You'll eventually find a sledgehammer and an M16. Take the sledgehammer and break the door in the map. You'll find an image with the words "Modding claims 1000 lives every year" followed by 2 images of ruMpel, one of the images showing ruMpel some years younger (presumably taken before or during the making of Cry of Fear) than the image to the right, which is a more actual picture of him. At the side of this Easter egg you'll find a friendly Sawrunner, who won't attack you nor your mates, but instead will attack any enemy on its sight, so releasing him can allow you to save some ammo.

In the college, there is a cafeteria named Gla´a Simons café, which translates to "Happy Simon´s café". Which is ironic, seeing as the real Simon is deeply depressed and suicidal.

When playing co-op in the city area leading towards the park, the players can break down a wooden board that is located near an M16 spawn with a blue van on the right, and a Bnova store behind them. Inside the small opening, there is a rotating cube with Joe Biden's face on it. If the players touch it, they will be instantly killed. Joe Biden was the vice president of the United States at release, and he has somewhat gained fame in the Cry of Fear community.

In single-player before Simon fights the Carcass, if the player inputs the command "sv_joebiden 1" into the console they will fight an invisible carcass, although the projectiles it fires will be Joe Biden cubes.

The only way to defeat this Carcass is to wait for him to shoot its projectiles, for then you'll be able to know its location.

While you equip Simon's phone, press Z and dial 911, Simon will make the call but will only hear screams and terrifying sounds. This can be done only ONCE every time you play the SP Campaign, as well as in any custom campaign that has the phone in it.

It also works with the EU emergency number, 112.

Down with the Sickness

To achieve this Easter egg, the player must get the 5th ending and then before entering Simon's house, type 'cl_downwiththesickness 1' into the console. Later when the player activates the button and gets ambushed by the twitcher mob, the song "Down with the Sickness" by Disturbed will play in the background.

Note: if you don't reset 'cl_downwiththesickness' to 0 after this, the game's ordinary music will not play properly.

Before going down the staircase that takes Simon to the sewers section where he'll get the Shotgun and fight Mace, Simon will arrive in a construction area. Here, there are some cement bags with the name Black Circleon them, along with a circle logo. The name of the cement bag and its circular logo is a reference to the Black Mesa Research Facility logo, the primary setting for the original Half-Life.

To get this Easter egg, you need to unlock the secret package first by getting ending 4. Once you have done this start a new game, and take the secret package from the secret room, and continue through the game as normal. Once you get inside the TL trading building, use the secret package on one of the doors on the top floor, and the door will be unlocked, but the secret package will be gone though. If you head inside you will find a small completely black room with a bench. Simon will be sitting on the bench with his hands on his eyes, and will not react to anything. The model used is the same one from the very first nightmare sequence in the game where he punches a mirror and was also one of the first Simon models created for Cry of Fear (which was also shown on one of the very first trailers of CoF as well as in this early gameplay footage)

Throughout the whole city and in the subway station there are some memes with a rabbit on it. The meme says "Kaniner, Alla Älskar Kaniner", which translates to "Rabbits, everybody loves rabbits".

Throughout the subway station, there are some posters featuring a movie called Intimidated by Abnormalities made by the creators of Cry of Fear, featuring Enrique Iglesias and David Leatherhaven. This is just a playword for Afraid of Monsters DC, as the monster shown in the poster is The Addiction, the mod's final boss.

In Chapter 4, during the beginning of the Nightmare Sequence you'll hear some rasping noise. Go through the yellow doors you just came through to be in a dark barred room with Sick Simon across from you. He is writing in his book frantically, to the point of spamming. You can't harm him in any way.

This happens while you're in the maintenance tunnels during the subway level. After crossing the pipes section, you'll enter a tunnel with a dead cat inside. If the player examines the cat 5 times, Simon will say "Hello Kitty...". Doing this will unlock the Hello Kitty Hoodie.

In the construction site area, after you acquire the lighter, search the table next to the dead man who apparently killed himself with a shotgun. On that table there are cigarettes in an ash tray, use the lighter item on them and a cut scene will start. It shows Simon smoking while leaning against the wall next to the dead body.

In one of the city maps (c_city2) Simon must go through some apartments to gain access to Gustav-Dahl Park. In one of them, in an unlit room on a table with a hi-fi and a some computer equipment sits an ornamental, ornately painted egg in the style of a Russian orthodox painted egg. Using the egg, which is difficult to see due to the darkness of the room will cause Simon to remark "Very funny.. An easter egg...". 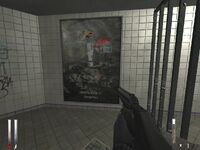 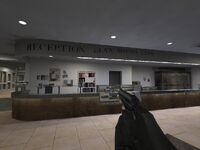 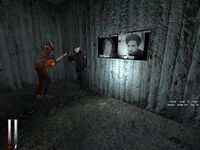 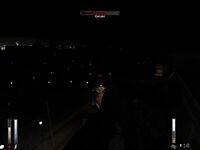 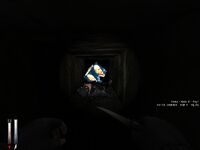 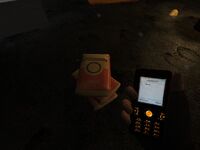 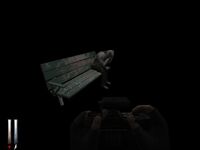 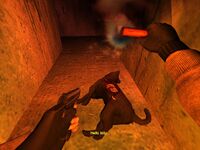 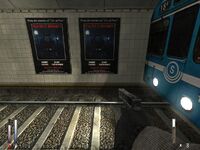 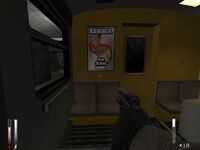 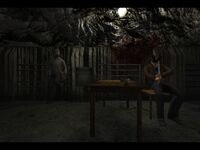 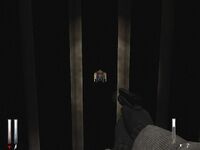 "An easter egg about easter eggs"
Add a photo to this gallery
Retrieved from "https://cry-of-fear.fandom.com/wiki/Easter_Eggs?oldid=12382"
Community content is available under CC-BY-SA unless otherwise noted.